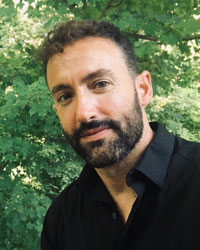 Adam Lee Cilli specializes in the social history of the United States from the late nineteenth century through World War II. His teaching and research examine the formation and functions of social movements while considering their intersections with prevailing racial, class, and gender constructs. His first book, Canaan, Dim and Far: Black Reformers and the Pursuit of Citizenship in Pittsburgh, 1915-1945 (University of Georgia Press, February 2021), illuminates neglected elements of middle-class black activism in the decades preceding the classic Civil Rights Movement. It features a revolving cast of social workers, health professionals, journalists, scholars, and lawyers in Pittsburgh who labored toward an expansive vision of citizenship that included access to decent healthcare, adequate housing, and gainful employment along with political empowerment and civil rights. Dr. Cilli has also published his work in the Journal of Urban History and the Pennsylvania Magazine of History and Biography, and he has a forthcoming article in the Journal of Women’s History.

Professor Cilli is currently co-editing (with Stephanie Shaw) a volume that highlights new scholarship on the social justice efforts of African American professionals in the Jim Crow era. He is also working on a second book, which centers on black women reformers in cities on the periphery of Jim Crow’s Deep-South core, such as Norfolk, Louisville, Kansas City, and Houston.

Dr. Cilli earned his Ph.D. in History from the University of Maine in 2016, and he has since then taught courses on U.S. race relations and civil rights activism at Gannon University, Texas A&M University in San Antonio, and the University of Pittsburgh at Bradford. In upper-division seminars on African American history, period courses from the Civil War to the contemporary era, and both halves of the U.S. history survey, he has incorporated the themes of freedom and activism that drive his research.

Canaan, Dim and Far: Black Reformers and the Pursuit of Citizenship in Pittsburgh, 1915-1945 (University of Georgia Press, February 2021).

“‘The Curing of Ills’: African American Women Activists at the Intersections of Race, Class, and Gender during the Great Migration,” Journal of Women’s History (forthcoming).

“Robert L. Vann and the Pittsburgh Courier in the 1932 Presidential Election: An Analysis of Black Reformism in Interwar America,” Pennsylvania Magazine of History and Biography 141, no.2 (2019): 141-176.

“In Search of Knowledge and Opportunity: Josephine Crawford Bellinger and the San Antonio Register,” in We Did It: Portraits of African American Women in Texas History, edited by Bruce A. Glasrud. Under Contract with Texas A&M University Press. [expected 2021]