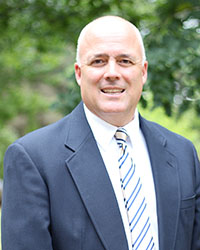 Director of Intercollegiate Athletics and Recreation

He was named AMCC Coach of the Year twice, in 2001 and 2006, and has coached 56 all-conference players, including three AMCC Player of the Year recipients, four Newcomers of the Year, and three All Region.  In 2015, butler successfully recruited Pitt-Bradford's first-ever, First Team All American athlete, Austin Parent, who under the coaching and tutelage of present Head Coach Zach Foster, was named 2018 All American First Team Catcher.

Butler has coached three players who have gone on to play professional baseball and is the only coach in the AMCC to have had players drafted in the Major League Baseball Draft.

In the summer of 2011, Butler managed the Athletes in Action Fire franchise, now the Chugiak Chinooks, in the prestigious Alaska Baseball League. From that team, four players were drafted and two more signed as free agents.

Butler continues to stay involved with college baseball, as he sits on the NCAA Division III National Baseball Committee as the Mideast Chair.  He also served on the Mid Atlantic Regional Committee from 2002-2005.

In addition to his duties as director of athletics and recreational sports, Butler also serves on the President's Cabinet and is the advisor to the Student Athletic Advisory Committee and the Christian Athletes Fellowship.

He lives in Bradford with his wife, Jackie, and son, Bret.