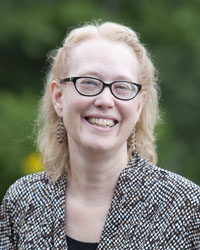 Dr. McCabe is the author of six books, most recently Can This Marriage Be Saved? A Memoir, which explores the story of her ill-advised, ill-fated youthful marriage through photographs, an instruction manual, a school curriculum guide, a women’s magazine quiz, and extended metaphors. Her books also include a memoir about travel and children’s literature, From Little Houses to Little Women: Revisiting a Literary Childhood; the novel Following Disasters; an essay collection, After the Flashlight Man: A Memoir of Awakening; and two books about China adoption, Crossing the Blue Willow Bridge: A Journey to My Daughter’s Birthplace in China and Meeting Sophie: A Memoir of Adoption. Her two most recent books are available as Audible Audiobooks.

Her creative nonfiction has appeared in numerous magazines, including Gulf Coast, Massachusetts Review, Fourth Genre, Essay Daily, Entropy, Newsweek, and the Los Angeles Review of Books, received a Pushcart, and been selected for annual lists of the most notable American essays seven times by Best American Essays and once by Best American Non-Required Reading. Her work has also been the recipient of two awards from Prairie Schooner and an Individual Artist’s Fellowship in Literature from the Pennsylvania Council on the Arts. Check out her author’s site, with announcements of events and links to her talks and appearances on podcasts as well as her published work, at https://www.nancymccabe.net.

She has also published poetry in many magazines, including Spillway and Harpur Palate, and has worked as a regular blogger for Ploughshares magazine. Her work related to Laura Ingalls Wilder has appeared on the Little House on the Prairie website and been quoted in the Barnes and Noble Desk Diary, and she currently serves on the board of the national Laura Ingalls Wilder Legacy and Research Association. In addition to directing Pitt-Bradford’s writing program, she has taught for many conferences and programs, most recently on writing as a healing art and experimental story structures for the Creative Nonfiction Foundation, Louisville Literary Arts, and the Chautauqua Writer’s Center. She regularly teaches workshops and mentors students at Spalding University’s low-residency MFA program in creative writing as well.

Her critical articles on literature have appeared in The Looking Glass, Studies in Popular Culture, American Literature, and American Literary Review, and her teacher’s handbook Making Poems: Writing Exercises for the Classroom was published in 1989 by Arkansas Writers in the Schools.\

She has taught creative nonfiction, fiction, poetry, and journalism for more than thirty-five years at six colleges and universities. At Pitt-Bradford, she received the Chairs’ Faculty Teaching Award for excellence in teaching in 2005 and the President’s Award for Excellence in Teaching, Scholarship, and Service in 2018.