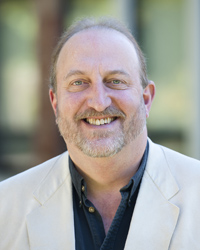 Dr. Robar is the Pre-Law advisor on campus.  He also directs the "Perspectives on Environment" seminar series and has served as both President & Vice-President of the Faculty Senate.

Dr. Robar enjoys all things outdoors and riding his Harley.

Dr. Robar's teaching is focused in the areas of environmental policy and politics, U.S. political and policy processes, and the judicial system.  His classes include: Environmental Politics and Policy, Introduction to Environmental Studies, Developing a Sense of Place, Public Policy Process, Introduction to Public Administration, Congress and the Presidency, Political Parties and Interest Groups, Law and the Courts, Constitutional Law, Political Science Fiction, and Political Film and Television.

Dr. Robar has had three books published: an anthology entitled Managing Common Pool Groundwater Resources: An International Perspective, which he co-edited and which examines global groundwater management regimes, and Managing Environmental Policy: A Casebook, which he also co-edited and contributed to. He is the author of Frances Clara Folsom Cleveland, a book on the life of First Lady Frances Cleveland, published in 2002. He is currently working on articles entitled "Conservative Environmentalism is not an Oxymoron" and “The Interdisciplinary Ontology of Environmental Studies.”