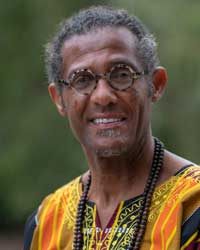 Dr. Gaskew has an extensive professional and academic career in the field of criminal justice. He has over twenty years of policing experience, including as a member of the United States Department of Justice's Organized Crime Drug Enforcement Task Force (OCDETF) within the Southern and Middle District of Florida. He joined the faculty at UPB in 2006 and was promoted to associate professor and awarded tenure in 2011. In 2018, he was promoted to full professor. He previously served as the director of the criminal justice program and the criminal forensic studies program. He currently serves as the Faculty Athletics Representative (FAR) to the NCAA and as a member of the NCAA Minorities Opportunities and Interests Committee (MOIC). Dr. Gaskew is the founding director of the nationally recognized UPB Prison Education Program, creating ground-breaking post-secondary initiatives at BOP FCI McKean and PDOC SCI Forest.

Dr. Gaskew is a Faculty Affiliate in Africana Studies, with a research specialty in Critical Race Theory. He teaches a variety of courses, which include Police and Society: Race, Crime, and Justice; The Black Power Movement in the U.S. & Beyond; Introduction to Africana Studies; The Policing Culture: Politics, Community, and Accountability; Special Topics in Policing: Police Abolition; Special Topics in Courts: The United States of America vs. The United States of America; Special Topics in Corrections: Incarcerated Intellectuals; Conflict & Crisis Management; Islam & Social Justice, and the Senior Capstone Seminar. His latest book, Stop Trying to Fix Policing: Lessons Learned from the Front Lines of Black Liberation (Rowman & Littlefield) examines the phenomena of police abolition from the perspective of the Black Radical Tradition.

Gaskew, T. (forthcoming, 2022). Where Have All The Black Revolutionaries Gone?: Pathological Nonviolence and the Colonization of Steel City. Kalfou: A Journal of Comparative and Relational Ethnic Studies. Temple University Press.

Gaskew, T. (2021). The Ritual of Black Armed Resistance: Police Abolition Through the Eyes of the Black Radical Tradition. In Doug Irvin-Erickson (Ed.).  Wicked Problems: The Ethics of Action for Peace, Rights, and Justice Oxford University Press. 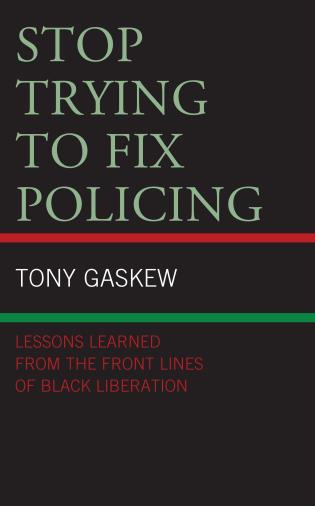